Press Release: Pennsylvania, Massachusetts, and Wisconsin round out states with highest percentage of broadband users captured by net neutrality-violating companies

MINNEAPOLIS, MINN. — New research from the Institute for Local Self-Reliance shows that there are 10 states with over 60 percent of their population limited solely to broadband Internet service from known net neutrality violators. As reported previously, the FCC’s own numbers show that 125 million Americans can buy service only from AT&T, Charter, Comcast, and Verizon — all have violated net neutrality rules in the past.

The Federal Communications Commission has now ensured these millions of Americans have no protection from these companies absuing their monopoly power.

“Everyone knows that there is far too little choice for broadband Internet access, but we were surprised at just how little in some states,” says Christopher Mitchell, Community Broadband Networks initiative director at the Institute for Local Self-Reliance. “These states have to be extremely concerned at their dependence on a few large cable and telephone monopolies that will soon make the rules for Internet access.”

The ten states with the highest percentage of their population captured by just four past net neutrality violators are:

“Local governments absolutely have to evaluate their options for encouraging local Internet choice because there is no other hope for breaking up these monopolies,” advises Mitchell. 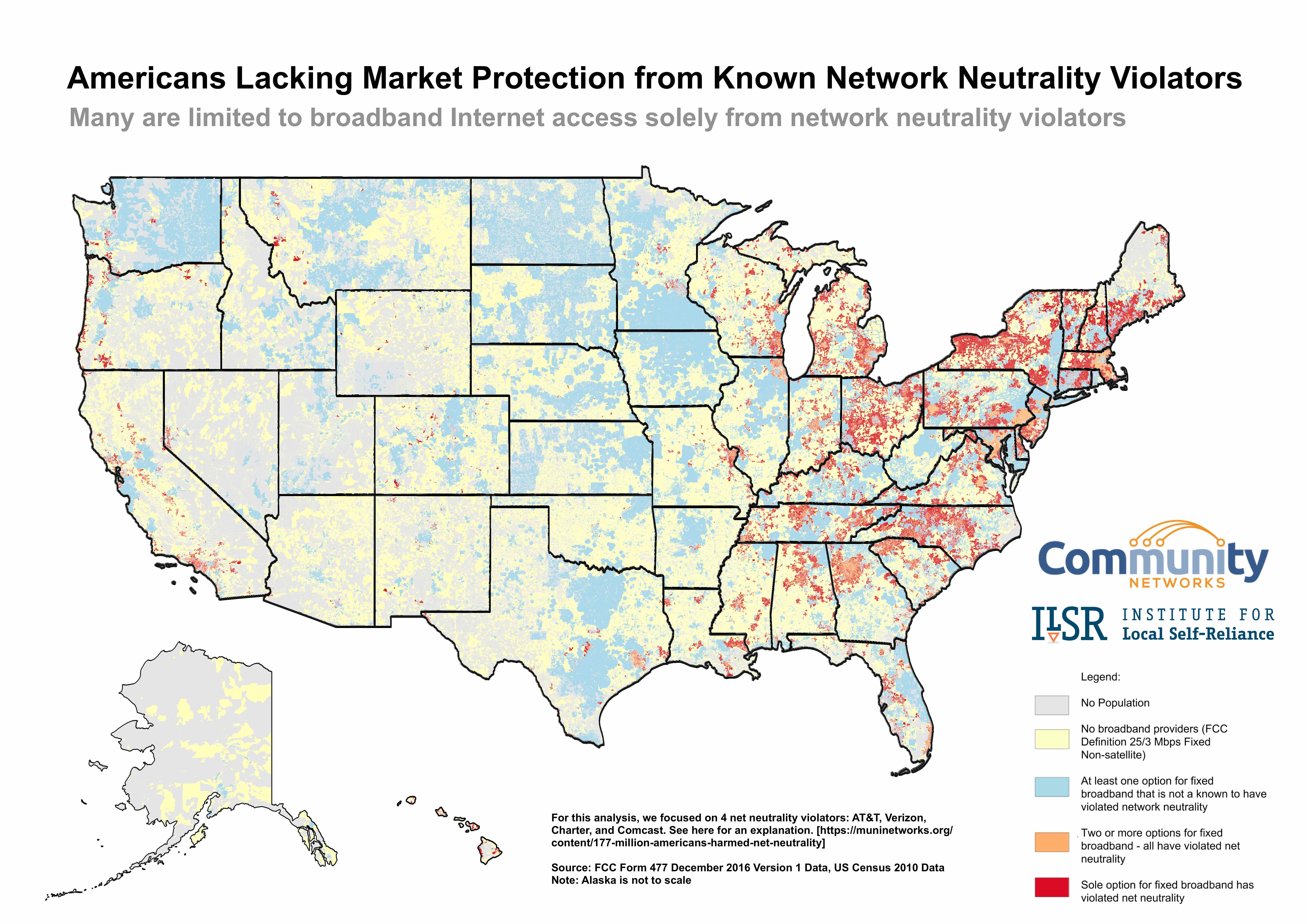 If you’re interested in gaining perspective on Net Neutrality and community broadband networks from Christopher Mitchell, please schedule interviews through Nick Stumo-Langer at 612-844-1330 or stumolanger@ilsr.org.

About Christopher Mitchell:
Christopher Mitchell is the Director of the Community Broadband Networks initiative with the Institute for Local Self-Reliance. Mitchell leads the acclaimed MuniNetworks.org as part of ILSR’s effort to ensure broadband networks are directly accountable to the communities that depend upon them. He is a leading national expert on community networks, advising high-ranking broadband decision-makers and speaking on radio and television programs across the United States.

FOR MORE INFORMATION and to schedule an interview with Christopher, call Nick Stumo-Langer at 612-844-1330 or email stumolanger@ilsr.org.

The Secrets Behind Partnerships to Improve Internet Access
END_OF_DOCUMENT_TOKEN_TO_BE_REPLACED